Vancouver has long been the home of many different cultures, in fact, 40 percent of its population are descendants of immigrants. This means that the city has a long history of variety and cultural cuisine from all across the world, most prominently Japan. With so much amazing food and local produce from the fertile natural landscapes and shores around British Columbia, it’s unsurprising that the city has such a rich food culture. From the L’Hermitage restaurant to the street food markets of Downtown Vancouver, this blog will explore the many types of cultural cuisines you’ll find in the city, and some of the best areas to try them in.

A classic of the Vancouver sushi scene, this staple is made from sweet sauce glazed barbecued salmon and rolled in sticky rice. The BC roll is among the most popular sushi in Vancouver and uses freshly caught salmon from the Vancouver Bay area. 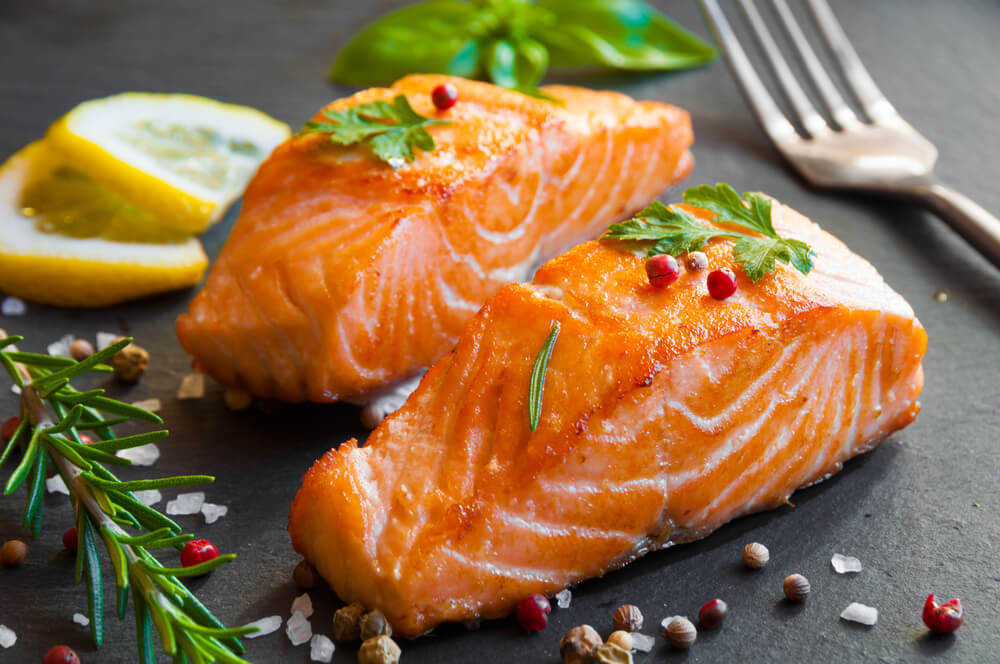 From salmon burgers in Vancouver pubs to the Vancouver Pink Salmon Festival held every August, you can’t visit L’Hermitage Vancouver without sampling some of the local salmon. Whether you go for the sockeye or the much sought after chinook, salmon is probably the fish of choice in British Columbia, and you can find countless varieties in Vancouver, including salmon pate, jerky, and most unusually salmon candy, which is made with glazed maple syrup. 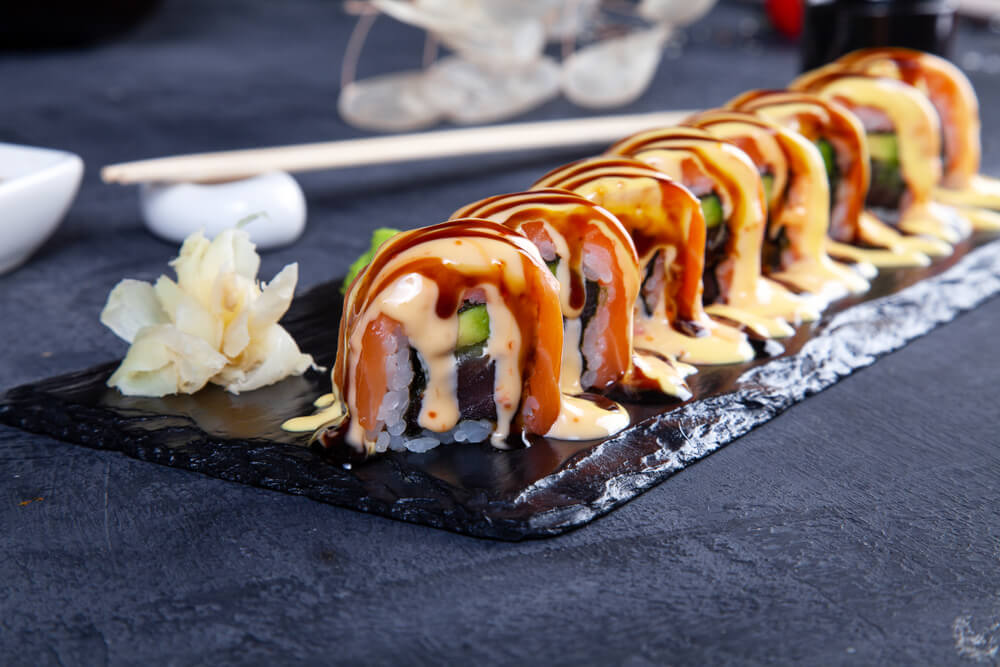 We’ve already talked about a particular type of salmon sushi that was invented by the Japanese community of Vancouver, but there are many more Japanese-Canadian fusions in the city. Made with the best British Columbian seafood and ingredients and Japanese culinary know-how, one of the best is the Japa-Dog, which is a hot dog, either, veggie, pork, beef or turkey, seasoned with seaweed, teriyaki sauce and Japanese mayo.

If you’re planning a day trip from your 2 bedroom hotel suite in Vancouver, it doesn’t get much more scenic than the Okanagan lake, just southeast of Vancouver. The valley in which this135 kilometre lake lies is well known for growing some of the lushest fruit in British Columbia, and the cafes, farmers markets and restaurants boast high-quality Okanagan cherries, apples and peaches. 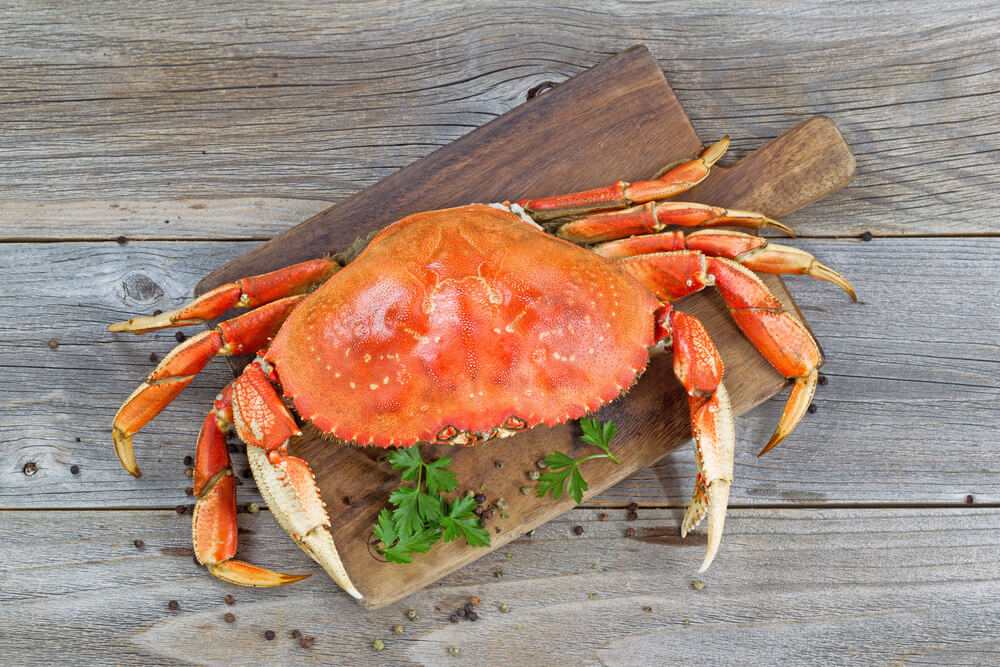 Dungeness Crabs are not only found in British Columbia but across the whole Pacific Coastline. That being said, no city does a crab and fries like Vancouver, and many pubs and indeed, fine dining establishments in the city cook up a tasty crab. For those on extended stays in Vancouver, you can even try a spot of crab fishing yourself. For just 5 and a half dollars, you can buy a tidal waters license and pick your own crabs along the coastline.

Lamb from the Salt Spring Island just off of Vancouver Island is famous due to the luscious wild pastures that the sheeps are free to graze on. With the Salt Spring vegetation of blackberries, salal and oregon grapes, sheep are incredibly well looked after, making for amazing lamb meat and cheese. 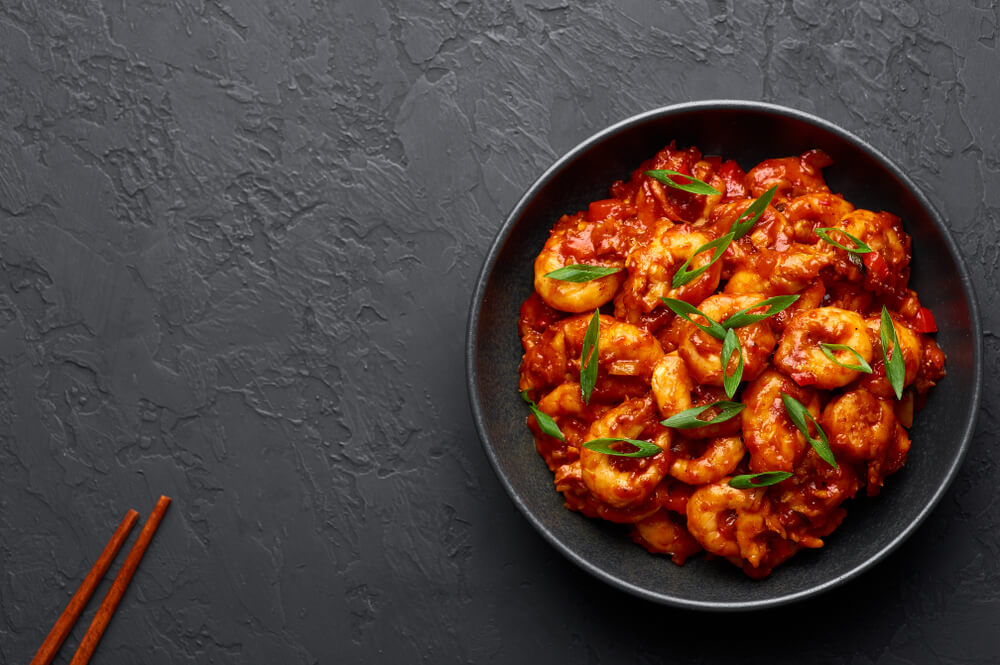 Prawns, and especially Spot Prawns are often caught off the shores of Vancouver and the wider British Columbia area. You can even find a Vancouver festival named the Spot Prawn Festival in False Creek every May. Make sure to try some of this locally caught shellfish at many of the seafood restaurants in Downtown and Vancouver Bay.