The earliest inhabitants of Vancouver were aborigines that lived more than 10 millennia ago as per archaeological records. It was only later in 1791 that Spanish explorer Jose Narvaez explore the coastline of British Columbia. Vancouver as a city only came into existence in 1886. The city derives its name from British explorer Capt. George Vancouver who arrived in the area in 1792. There was a gold rush in 1858 that lead to the growth and development of the city in its early days. Gastown the most historic quarter was the first settlement in the city. There still are quite many historic properties in existence from those early days when settlers arrived.

Travellers to the city will find some of the best luxury hotels located in the swanky downtown area like the Hermitage Hotel in Vancouver. A family-friendly hotel with first-rate facilities and customer-centric staff make it one of the best placed to call home on a visit.

There is the trendy L’Hermitage Restaurant known for its exception culinary fare to enjoy a fine dining experience. Guests that plan to rent a car or travel by car will find the L’Hermitage Hotel parking well suited to their needs too.

If you have an interest in historic attractions, buildings, and sites Vancouver has plenty of wonderful locations to explore like: 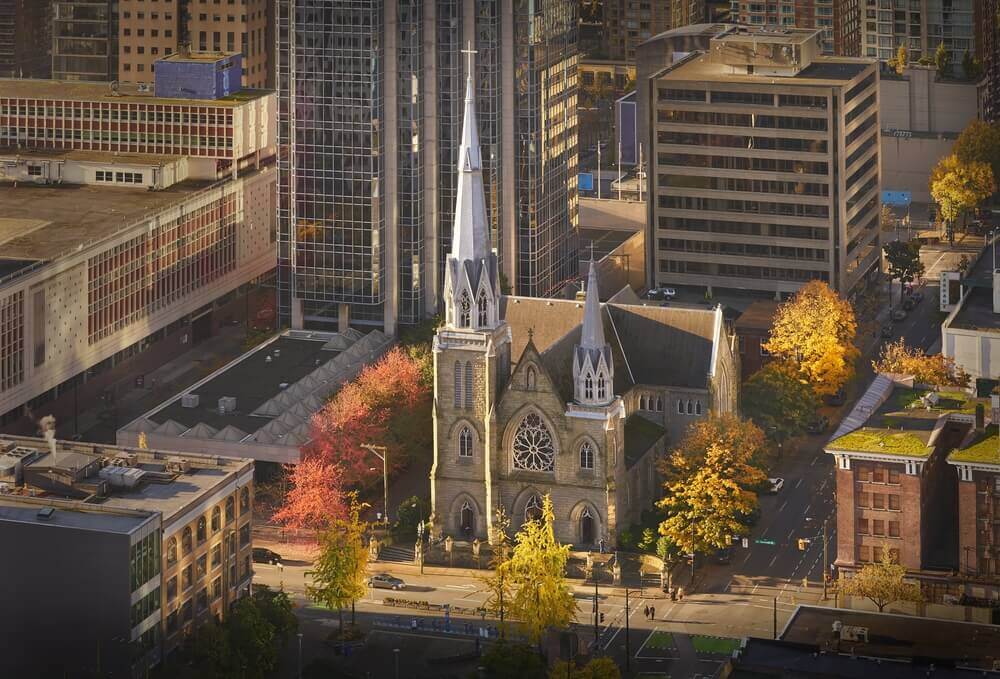 While Vancouver has more than its fair share of churches, the Holy Rosary Cathedral is distinctive in its architectural style making it well worth a visit. The church was built in 1899 in the French Gothic style of architecture.


Once this magnificent mansion was a social hub for the who’s who of Vancouver’s elite. Hycroft Mansion was built in 1909 and was home to General Alexander D. McRae, known for hosting opulent parties. Later he bequeathed the mansion to the Canadian Government. The mansion now serves as a very popular movie location where several films have been shot.


Another historic property Orpheum Theatre was built in 1927 for theatrical performances.  It underwent extensive renovation in 1970 and is also popular as one of the most famous music venues in Vancouver. The theatre is also home to the city’s very famous Vancouver Symphony Orchestra.

Built in the classic Tudor revival style of architecture in 1911, Brock House was once a residential property. Now it serves as an activity centre for the community and also houses a restaurant. The house also hosts various private events including weddings.


The Hall is the oldest military property in Vancouver having been built in 1899. There even is a historical tank located at the front of the building on the sidewalk.


There is a stunning park surrounding the iconic Hastings Mill Stores. Built in 1865, it was the honour of being the oldest building in the city and is located on the shoreline of picturesque Jericho Beach. The entire store was meticulously relocated using a barge from its original site. The store now has been converted to a museum and is a great place to visit with the family.